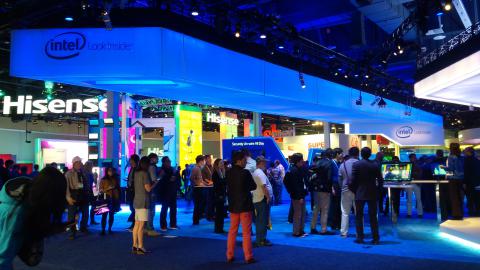 No flying cars so far, but these technologies and products are notable highlights from what some say is one of the greatest shows on Earth. By Matt Whitlock
Tweet

Every year the technology industry converges on Las Vegas for the Consumer Electronics Show, where hardware makers give the world a peek at the latest and greatest hardware, software, and services that will debut over the next year. We didn’t see any flying cars, but we did see some amazing products and other innovative technologies at CES 2015 that will shape the channel’s hardware offerings in the future.

Based on the keynote given by Intel Corp. CEO Brian Krzanich, that future is increasingly sci-fi. Krzanich focused on “three forces shaping [the] next technology wave,” further described as the chipmaker’s RealSense depth-sensing technology, advancements in wireless charging, and wearables. RealSense is interesting technology, allowing for such advancements as touchless interaction and improvements in both robotics and 3D scanning/printing. It’s all pie-in-the-sky talk right now, but many new products are coming with a RealSense camera included. We’ll see how this technology gets implemented and used in the months to come. 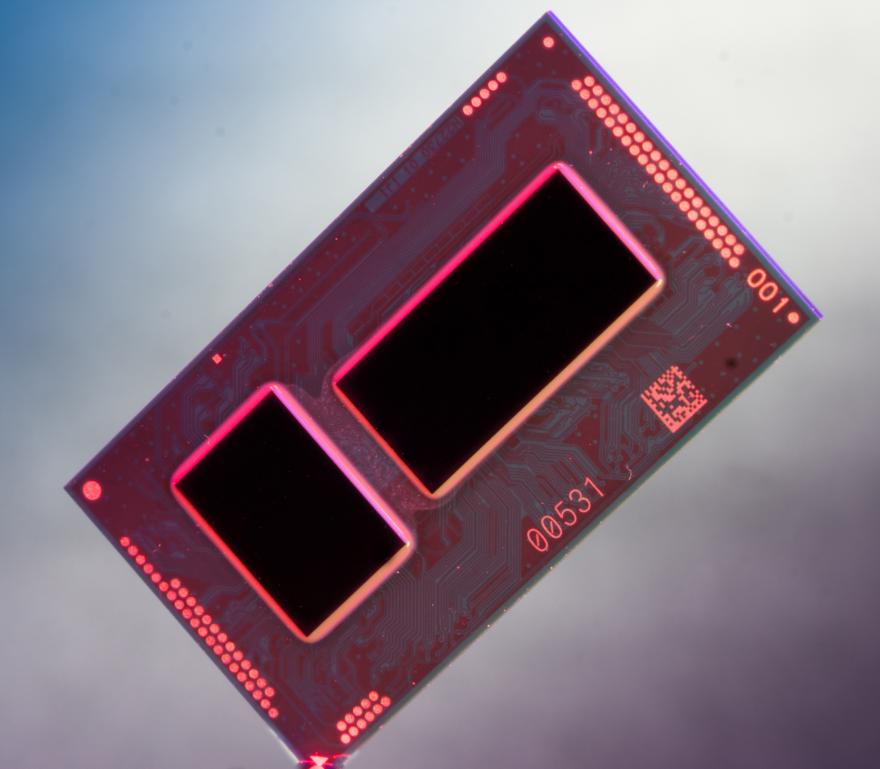 Intel’s actual product introductions, however, are far more interesting. After a delay from 2014 into 2015, the company’s 5th Generation Broadwell U processors are now shipping en-masse. Intel’s die-shrink to 14nm paves the way for some major improvements in power consumption and battery life. These “tick” parts include dual-core 15W and 28W variants of the i7, and dual-core 15W variants from Celeron to i7. There’s also a new a new Core M model intended to power a new wave of small-screen tablets. The move to Broadwell should be swift, highlighted by a huge number of Broadwell U-based laptops and desktops that OEM PC makers had on display. 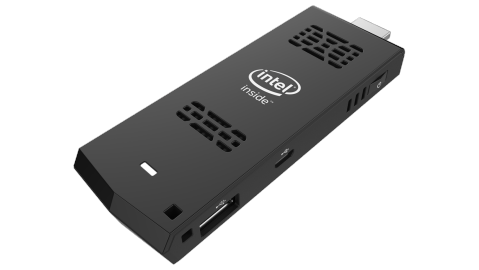 Intel was one of the first to pioneer powerful, small-form-factor (SFF) PCs with its NUC, but the company used CES 2015 to show off its new Intel Compute Stick. Many are familiar with small devices like Google’s Chromecast or Roku’s streaming stick, and we’ve even seen ARM-based devices with similar form factors that simply run Android. Intel’s Compute Stick is similar in size and shape, but it’s crammed with a quad-core Atom Z3735F Bay Trail SoC, similar to what’s used in Intel-powered Bay Trail tablets. When paired with Windows 8.1 (netting you 32GB storage and 2GB RAM), it’s a full PC on a stick for $149 that can turn any HDMI display (TV or monitor) into a PC. This isn’t your next workstation, but Bay Trail is no slouch. We can’t wait to get our hands on a sample to put through its paces to really see what it can do. 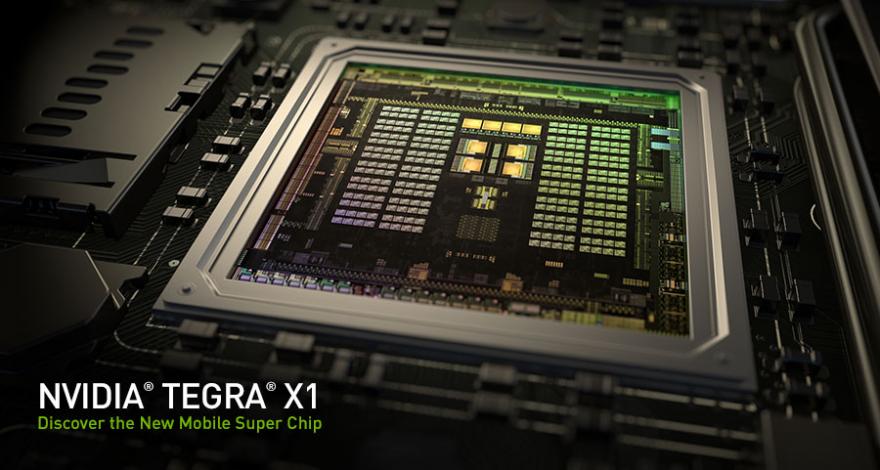 Intel wasn’t the only company with processor news. Rival chipmaker NVIDIA Corp. officially debuted its next-generation mobile chipset, the Tegra X1, which is due to ship later this year. As expected, it’s better than the current Tegra K1 in nearly all respects. The octa-core X1 offers more than a teraflop of compute power in a package that sips power. It also handles 4K video at 60fps plus offers significant improvements in GPU performance.

PC OEMs were in full force at CES, and for once they weren’t presenting an endless sea of familiar notebook designs. There’s nothing wrong with the good ‘ol clamshell notebook, but PC makers are finally embracing Windows 8.1’s dual personality with a wide array of PC designs that flip, fold, transform, and more. That doesn’t mean Chromebooks were underrepresented. Quite the contrary; OEMs are still firmly engaged in their long-term relationship with Windows, but they aren’t ashamed to sow their royal oats with Google. 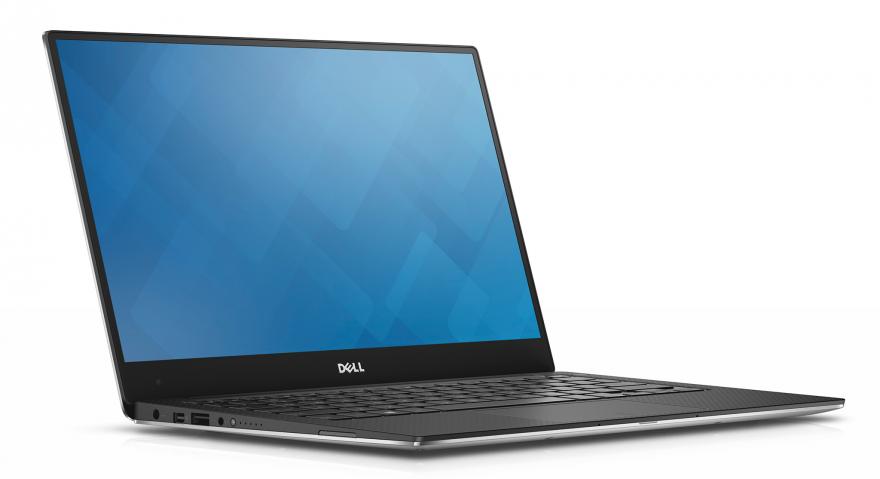 Starting with the more traditional designs, the most notable clamshell notebook is Dell’s XPS 13. It was inevitable, if not far overdue, for a PC OEM to realize that a larger screen can fit into a smaller form factor merely by cutting out the inch or more of plastic bezel around it. So the new XPS 13 limits the bezel to a mere 5.2mm, effectively cramming a 13-inch display in a form factor typically reserved for 11.6-inch laptops. The result is highly attractive, and with an estimated battery life of 15 hours (or 22 hours with the optional power companion), the XPS 13 will no doubt be a trendsetter and its design will ripple through the industry.

Intel Broadwell U chip, with the Iris HD graphics pacakage.

LG's showed off a wide variety of LCD and OLED displays.

Get ready for curved monitors!

D-Links router designers are either brilliant or insane. We're not sure which.

ICYMI: Our Channel News Roundup for the Week of August 31st
September 4th, 2020

The Intersection of Hybrid Cloud and Identity
END_OF_DOCUMENT_TOKEN_TO_BE_REPLACED

Jabra PanaCast Review - Get Your Huddle On
END_OF_DOCUMENT_TOKEN_TO_BE_REPLACED