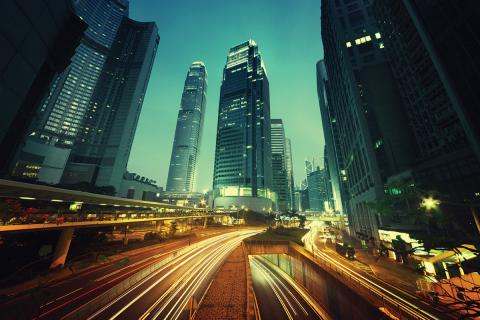 Here’s what MSPs who wish to keep their competitive edge in the years ahead need to be thinking about now, say some of the SMB channel’s leading minds. By Rich Freeman
Tweet
Reader ROI:
TO STAY on the competitive edge need to start preparing today for changes coming soon to the managed services market.
VOICE, SD-WAN, SECURITY, and IoT are technologies that SMBs will increasingly expect MSPs to support in the years ahead.

FRANK DEBENEDETTO has some hockey-inspired advice for managed service providers: If you want to be a great one, follow the example of The Great One.

“Wayne Gretzky said what made him great was that he went to where the puck was going, not where it had been,” says DeBenedetto, who is president and chief technology advisor at Two River Technology Group LLC, an MSP in Holmdel, N.J. “It’s dangerous to not have that attitude with technology, because by the time you get used to it and you know it really well, something has changed.”

So make no mistake about it, there’s plenty of change coming to managed services in the next few years. MSPs who want to remain competitive tomorrow need to begin adapting not just what they sell, but how they both sell and support it today.

Think Past Office 365 on SaaS

THE MSP OF TOMORROW would be wise to cultivate expertise in cloud-based solutions beyond just Microsoft’s low-margin Office 365, says strategy advisor Jay McBain, of Channel Mechanics. Providers of Salesforce customization, implementation, and integration services, for example, are in high demand right now, and profiting accordingly. Research from IDC, in fact, found that Salesforce partners have experienced 48 percent revenue growth in the last year on average, and collect $4.14 for every $1 their clients spend on subscription fees.

Ready to get started? Here’s where some of the industry’s leading minds say the managed services puck is headed next.

First Stop, Services
According to experts, anyone making their money on IT basics like endpoint management, backup, and email should start studying up on a new wave of offerings their clients will increasingly expect them to offer, including telco services. “To be a true MSP of tomorrow you can’t ignore the voice side of the equation,” says MJ Shoer, CTO of Internet & Telephone LLC, a provider of IT and telecommunications services headquartered in Methuen, Mass. To a greater and greater degree, he argues, businesses once content to work with one partner on phones and another on technology now want to reduce vendor management headaches by procuring both services through a single supplier.

“It’s wonderful for the customer when they can trust a single partner to help them across the delivery of their telecom services, data services, [and] IT support,” Shoer observes, adding that having a voice offering confers added benefits to channel pros by enabling them to land new business more effectively. “That’s oftentimes the easiest way to get the foot in the door,” he says. “The [voice] conversation almost always leads into a more traditional IT conversation.”

With margins on voice services eroding under pressure from VoIP products like Microsoft’s Skype for Business, however, telco vendors are looking beyond phones into new fields like software-defined WAN (SD-WAN) services. IDC expects the market for virtualized, and hence easily deployed and modified, long-distance networking to be worth $6 billion globally by 2020.

Jabra PanaCast Review - Get Your Huddle On
END_OF_DOCUMENT_TOKEN_TO_BE_REPLACED