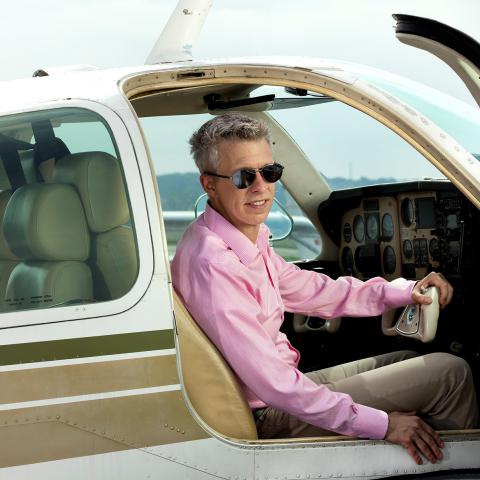 DYNAMIC EDGE went through a series of false starts trying to build a sales team, hiring and parting ways with 10 different salespeople over the years. The first person I hired was the best salesperson I’ve ever met, but it turned out he could only sell himself and laptops. The next person was terrific at networking, but the only thing she could sell was websites—not a moneymaker for us. Eventually, we figured out that sales is a process, and took a page from the operations side of our house, which is fanatical about following process. We developed the Dynamic Edge Way and call it “helping our clients buy.” Last year it helped our sales team close $1.5 million in new business.

From our founding in 1999 to 2009, we had a principal-led sales model, with me doing the lion’s share of the work. But if I was sick, took vacation, or focused on other parts of the business, sales came to a halt. So we began our rocky journey of hiring full-time salespeople, until I threw up my hands in defeat in 2016, declaring this an impossible task.

FAVORITE PART OF MY JOB I love helping people.

WHAT PEOPLE WOULD BE SURPRISED TO KNOW ABOUT ME I own two airplanes and flew 520 hours last year, as much as a commercial pilot.

Instead, we redesigned how to do principal-led sales more efficiently. We assigned one person to make outgoing phone calls and another to book my time. Then we had one employee do the initial client meeting and assessment and write the report. I’d get the report on the way to the sales meeting and get briefed on the issues and who the decision makers were. I would do the presentation and close the deal. I was like a surgeon, going in for an hour or so and that was it. If you’re going to do principal-led sales, I think that’s how you have to do it.

With that method, we went from $4 million in annual revenue to almost $6 million, but with only so many hours in a day we were facing a plateau.

I decided to try again to build a sales team after hearing author and sales trainer Jack Daly speak about sales playbooks at a Robin Robins event. That’s when I learned selling was just a process.

So I sat down with one of our operations people and documented exactly what I was doing—160 pages worth. Then we created processes and roles for account managers and outside sales reps. Now, instead of hiring a salesperson, training them in our products, and telling them, “Go sell,” we had detailed processes for how we wanted everything done.

Then instead of recruiting experienced salespeople, we hired people who were personable but green, so we could mold them. As part of the interview process, they had to go through a script and make us believe it.

Our first hires were internal employees; some were really successful, some weren’t. We used what we learned to go out to the market and hire additional salespeople.

Today our sales manual is over 250 pages and growing. It’s a living document. We tell our team that if they find a flaw in the process, we’ll talk about it and fix it, but in the interim we want them to continue to follow the broken process, because if something’s broken in the field, we want it to be all broken the same way so we can fix it all at once.

We also wrote processes for a sales manager. When we put the first person into that role, however, we didn’t really know what would be required to make that person successful. By the time we hired our second sales manager, we knew what type of person we needed and what would make them successful. For one, we learned they had to spend some time doing the account manager’s job to truly understand how the process works.

Today the Dynamic Edge Way is working, and we are on target to hit $9 million in revenue this year. I still love sales, but now I don’t have to worry about our company’s ability to grow.