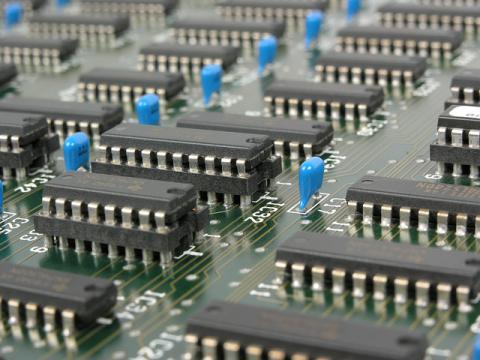 BUILDING COMPUTERS at any one of the global, name-brand vendors is highly automated, thanks to their huge scale. For specialty PC vendors, though, such as those providing gaming, creative production, and scientific workstations, “hand-built” rules. We asked several of the leading vendors how they balanced customization and production efficiency.

“Operational efficiency can easily be the difference between running a successful, profitable operation, and losing money,” says Josh Covington, director, marketing and sales, for Richmond, Va.-based Velocity Micro. From one guy building CAD stations in 1992 to a full product line that competes nationally, “making incremental changes to keep costs down while increasing efficiency is how we’ve been successful in this business for so long,” he adds.

Jon Bach started Puget Systems in a Seattle-area basement in 2000. “We’re not playing the commodity game, but everyone wants more margin,” says the founder and president. “But we push efficiency to keep from drowning, since we have about double the business we had last year.”

Bach says cutting down on the number of parts reduces inventory and ensures that fewer things go wrong. “Our product focus helps avoid surprises when putting together configurations,” he says. A completely custom system may include 16 to 20 components, will be unusual, and probably only built once. “Our marketing is easier since we can attack different problems and do them well, using systems designed to address the exact situations our customers face.”

Inventory management keeps costs down, and the just-in-time (JIT) methodology is popular. “Lead time is a major differentiator, but relying too much on JIT can extend lead times and hurt sales,” says Covington. Slips mean delayed production and overnight part shipments with their higher costs.

“Carry a small inventory so a failed part doesn’t stop your production,” adds Bach. “But running full JIT is more and more difficult. Part of our focus reduced the number of chassis we offered from 10 down to three. We buy those big, heavy items that are expensive to ship in bulk direct from Taiwan, so we save money.” But with parts changing so fast it’s hard to buy many things too far ahead. “Back in 2005 you could stock motherboards because you knew they would be current for two years,” Bach notes. “That’s no longer true.”

Where to Look for Parts

Don’t forget to look in some unusual places for parts, says Mike Beuligmann, president of eCollegePC.com LLC, based near St. Louis. “We found lately we can get better pricing and service from NewEgg and Amazon than from many distributors. Both can get parts to us in one or two days, which reduces our need for inventory. We found a CPU cooler we liked and contacted them for pricing, [and] found it was cheaper to buy parts sold on Amazon [via] the company’s U.S. distributor.”

If you work with your distributor, says Bach, ask if the company can stock items just for you to meet your production needs. “And stage them close. Ours keeps CPUs in Seattle, so we can get them overnight but using ground shipping.”

Waste always hurts the bottom line. Bach addresses this issue on several fronts. “To avoid wasted time in assembly, we test all components. Nothing kills profits like rebuilding a system. We also have a 100-point checklist for production to avoid surprises.”

Wasted packaging and parts also cost money. “On the green angle, we avoid retail packaging and order parts with OEM SKUs, like brown boxes and trays of CPUs,” says Bach. “One area of waste is chassis fans. We sometimes wind up with hundreds or thousands of basic fans when we upgrade the chassis. We take them to shows and give them away.”

In addition, smaller is better for systems today, says Bach. “A trend we see is everything getting smaller, like the reduced micro ATX and mini ATX chassis. Physical constraints are popping up more often.” Which means more research, planning ahead, and focus.