Brokering the Cloud: A Guide to Cloud Service Brokerage 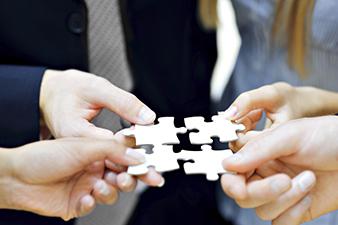 As your customers move to the cloud, they will need your help to determine which options are right for them - and then put them all together. By Lauren Gibbons Paul
Tweet

Jack Ryan has his sights set on his company’s next big opportunity. Managing director for LTech, a reseller in Bridgewater, N.J., Ryan plans to build out cloud brokerage services, preferably sooner rather than later, to help his clients navigate the sea of cloud offerings.

“We’re looking at getting into the cloud brokerage business. We already help with cloud, but we do not currently offer multiple solutions that address the same needs,” says Ryan. LTech sells Google Apps, the Internet giant’s cloud-based business productivity suite, primarily to midmarket companies.

Ryan envisions LTech will one day become a trusted adviser capable of steering its clients toward the best cloud solution for their needs—whether Software as a Service (SaaS), Infrastructure as a Service (IaaS), or Platform as a Service (PaaS)—out of a field of many contenders. So, what is the stumbling block to doing just that? In short, to sell a number of different SaaS offerings, including Microsoft Office 365, Ryan believes he would need to add a dedicated new organization, and that’s expensive.

“In order to sell Office 365, we would have to build completely separate divisions. From the bottom up, we would have to have separate teams. Our deployment and sales engineers would fall into one camp or the other,” says Ryan. The fact that he has not yet built an Office 365 practice is a function of timing and limited resources. LTech would also need to proceed carefully, adds Ryan, to safeguard its relationship with Google.

The decidedly traditional function of being a broker just went 21st century. Just as consumers have insurance brokers to help them sort through the available plans, companies in growing numbers will rely on cloud service brokers to navigate, integrate, and customize cloud services to meet their specific needs. According to analyst firm Gartner Inc., at least 20 percent of all cloud services will be handled via brokers by 2015, up from less than 5 percent today. As the IT function migrates to the cloud in earnest, opportunities abound for companies that can establish themselves as trusted intermediaries and consultants for cloud services.

According to Gartner Managing Vice President Daryl Plummer, who says he coined the term “cloud broker” in 2009, now is a good time to jump on the cloud service brokerage bandwagon because its revenue potential is far greater than cloud services. “Cloud service brokerage is the single biggest revenue-generating opportunity in cloud, bar none,” says Plummer. In fact, he says the size of the cloud brokerage services market is two orders of magnitude greater than the market for cloud itself.

By way of comparison, Gartner estimates that the worldwide public cloud IaaS market (including hosting, storage, servers, and associated services) will reach $4.7 billion this year and is estimated to grow by an impressive 47 percent over the next five years. “But that will saturate quickly,” says Plummer.

Meanwhile, the other public cloud markets are much smaller than IaaS. PaaS, sometimes called “middleware in the cloud,” will reach $2.1 billion this year worldwide, according to Gartner, growing at an estimated 7 percent over the next five years. “That’s a limited opportunity,” says Plummer.

Then there is SaaS, or software applications in the cloud, the market into which LTech’s Ryan currently sells. Gartner estimates SaaS revenue will hit $12.7 billion this year and will grow at about 9 percent to 11 percent per year over the next five years.

To clarify how the cloud brokerage market can be larger than the market it is based on, Plummer offers this explanation: “Remember that the accessories markets for many other markets are larger than the primary markets,” he says. “You pay brokers for the value they generate on top of existing cloud services. That’s new value and thus greater spend.”

There are four distinct types of cloud service brokers, according to Plummer, which fulfill four distinct needs. First, there is the aggregator—a broker that takes multiple cloud services from different providers and funnels them through to clients like a channel. The client uses as many or as few services as needed and pays one bill to the broker.

This model is appealing because the broker “owns” the client relationship. In addition to account management, the broker might manage service-level agreements (SLAs) for the customer. The broker can offer more services on top of the cloud, ranging from extra security services to business continuity, and anything in between.

Next is the cloud service integrator. Highly adept technically, this type of provider merges services from a variety of cloud providers to create a net-new business process. Appirio, Bluewolf, Dell Boomi, GXS, and Hubspan are high-profile early examples of cloud integrators.

The cloud integrator’s value proposition is that it creates automated workflows based on cloud that the customer would otherwise have to integrate itself—not a prospect that most companies of any size care to face on their own at this point. So, for example, the cloud HR system Workday might be merged with contact management functionality from Salesforce.com and messaging from Gmail to create an automated purchase order approval process.

Assume, for example, that purchase order #163 needs to be signed off on today, but the person authorized to do so is out sick. Previously, the person seeking the approval would look up in the system to see who is authorized to give approval in the primary person’s absence. That person might then consult another system to check for other applicable business rules, including policies around discounts. Under an integrated process, the system would note the P.O., see that the authorizer was out of the office, and automatically send it to the mailboxes of the backup person/people. At the same time, the system would apply the correct discounts and negotiated price. This process brings major value by automating a workflow that was previously highly manual.

There is high revenue potential in this segment, but the company must have the ability to perform the highly technical integrations required. So, if your company does not already do a great deal of integration work, you should probably turn your attention to another segment.

A cloud service integration platform vendor is a subset of cloud integrator. Santa Clara, Calif.-based Jamcracker Inc. is one example of a brokerage that will provide you with a marketplace of different services and integrate them through its proprietary platform. According to K.B. Chandrasekhar, Jamcracker co-founder, chairman, and CEO, it took nine years to develop the platform, which incorporates multiple processes such as account management and provisioning that allow VARs, resellers, and other types of channel partners to function efficiently as cloud service brokers. Jamcracker also has an online marketplace where brokers can add their unique services on top of other cloud services for use by additional clients and cloud brokers.

Although Jamcracker aims to take away the heavy lifting of integration—its tag line is “cloud services enablement”—this, too, is an area that requires technical expertise. Chandrasekhar says it is “modestly easy” for a VAR to get up and running on the Jamcracker platform through a distributor.

The third type of cloud service broker provides governance services. This is especially important in highly regulated industries such as healthcare and financial services, in which protection of consumer data is paramount. Here, the broker ensures that the cloud service provider treats the data in accordance with regulations and policies, and that security practices are followed. This service will ease acceptance of cloud in industries with rigorous data protection needs, says Plummer.

The last type of cloud service broker is the customizer. As the name implies, customizers will create extensions to existing cloud services in order to perform a specific function and then ensure that the extensions work properly. This is an important function, too, as the customizer cannot change the underlying cloud offering in any way. Most enterprises require some degree of customization because of their unique business processes, so brokers in this space should be prepared to serve larger businesses.

The concept of cloud service brokerage is still very new. Most channel companies are, at most, in the evaluation stage of this opportunity, as is LTech’s Ryan. It remains to be seen how much hiring LTech will need to do in order to offer a range of cloud services, and how that might affect his relationship with Google, his primary vendor partner. For the present, he is sticking with Google. Says Ryan: “We’re not there yet. We believe [being a cloud broker] is the right thing to do. But for now, it’s a question of timing.”

The MSP’s Role in Solving the IT Skills Gap
Best IT Certifications for Beginners
Bridging the Skills Gap: Funding Skills Programmes
END_OF_DOCUMENT_TOKEN_TO_BE_REPLACED