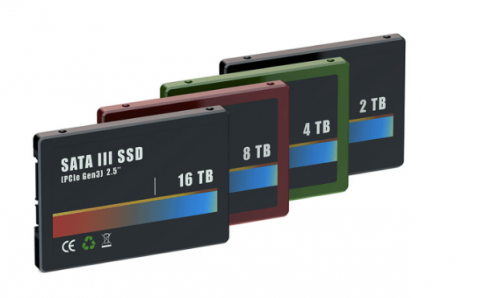 The solution? Hybrid storage systems with a combination of flash-based solid-state drives (SSDs) and magnetic spinning hard disk drives (HDDs). This mashup was the result of the initial high cost of flash memory in comparison to traditional hard drives. While SSD prices have dropped since that time, flash is still more expensive than the equivalent HDD storage systems.

“The easiest way to get a customer to go with hybrid storage is to put an all-flash storage quote on the table,” says Greg Schulz, founder and senior adviser at analyst firm Storage IO, of Stillwater, Minn. “If they buy it, great, but they usually hesitate. That's when you bring out the hybrid quote.”

Russ Reeder, vice president of San Diego-based storage specialist GDS2 Inc., says almost all the new Tier 1 racks his company sells include SSDs. “Just a few [solid-state] drive bays give a customer more IOPS than they'll use in many years,” he notes.

Many of his longtime customers are adding flash to existing racks of spinning drives too. “One customer, the cheapest customer in the world, needed a performance boost, so we put SSDs in place of all his 15k 500GB drives in the high-performance rack that handles transactions. The rest of his system are slower magnetic disks," Reeder says. “He got the boost he needed while lowering license costs because of so many fewer disks.” Reeder helped several other customers by adding SSDs to their email server storage. That boosted performance enough that they were able to postpone a complete and painful email overhaul.

Conventional wisdom says a hybrid mix employing 2 to 10 percent SSDs will be the best balance of speed and costs. Noam Shendar, vice president and general manager, Hyperscale Cloud Business, at Irvine, Calif.-based Zadara Storage, a pioneer in storage-as-a-service, believes adding just 2 to 5 percent flash capacity will provide an affordable performance boost. “Our default configuration is one 1.6TB SSD as a cache for up to 35 10TB HDDs,” he says. “That's about a half of 1 percent flash cache. Some customers bump it up, and others turn the cache off completely.”

Zadara remotely monitors and manages all its customers’ storage systems. Shendar says that organic data growth, without the addition of new customer projects or software, increases storage requirements by approximately 30 percent each year.

Channel pros who have yet to integrate SSDs into their storage systems should expect an easy learning curve, promises Reeder. “Choose the right solid-state drives, typically 2.5 inches, and they go in the same slots. The OS recognizes the new drive just like any other disk.”

Choosing the ideal drive will entail some research, however. Some SSDs optimize speed over capacity, while others deliver better performance when read from rather than written to, and another group focuses more on endurance than speed.

Shendar advises resellers to be aware of innovations in these technologies, like Intel’s new Optane technology too. “[It] uses phase change memory, similar to flash, but it behaves differently,” he says, “like being able to write a single bit rather than a block as the minimum.”

“If you know how to use them, hybrid storage systems can be a good value for your customer and provide a good margin to you.”

Software that manages the data extends life expectancy by minimizing hot spots in the flash drives, he adds. Heat generation with SSDs is minimal, as are their energy requirements.

Profitability in hybrid storage is favorable to resellers, says Schultz. “Are the storage margins ridiculous like decades ago?” he asks. No, he says, but there's still plenty of margin left unless you seek to be the cheapest seller on the block.

The key for storage resellers is bringing their customers a more meaningful value proposition, Schulz continues. That may involve functionality, special tier arrangements, or migration services. “If you know how to use them, hybrid storage systems can be a good value for your customer and provide a good margin to you,” he says.

Hybrid can be the best storage tool for many customers, adds Schultz. “Think of it as the hybrid budget helper when they want SSDs but have a smaller budget. That can be a home run for customers and resellers.”