Is Bandwidth a Strong (Re-)Sell? 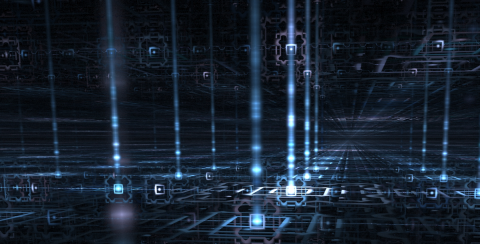 New VAR programs let you get in on the bandwidth-selling bandwagon. Should you? By Carolyn Heinze
Tweet

While reselling bandwidth hasn’t been the traditional role of the IT professional, providers like Time Warner, Comcast, and Spectrum Business are trying to change that with VAR programs that enable partners to resell the companies’ bandwidth offerings. But is it a justifiable venture for channel pros?

Jay Mellon, CEO and co-founder of AtNetPlus Inc., a cloud, Web, and managed services provider in Stow, Ohio, recounts that the firm recently signed up with Fremont, Calif.-based IT distributor Synnex Corp. to access Comcast’s reseller program, and has had an ongoing relationship with Time Warner. He admits that these contracts are not his company’s primary revenue source, but they do address an important customer need.

“The bottom line is almost everything we do consumes bandwidth for our customers, whether it’s putting cloud services in place, or allowing them to utilize email better, or website development, or Voice over IP,” he says. Because of this, the firm has a vested interest in ensuring that its customers’ bandwidth performs well, and the way to do that, as Mellon sees it, is to align with partners that can fulfill this requirement. “And, at the end of the day, if we’re going to put the time into it, we need to get paid for it too.”

Tim Acker, vice president of mobility and connected solutions at Synnex, says that the distributor has seen channel partners “improve the profitability of deals by as much as 50 percent.” Upgrades to managed solutions agreements bring in more revenue opportunities when customers opt to add applications over time, he says. Acker further notes that the reseller channel in this realm is broad-based, involving those specialized in video, unified communications, digital signage, BYOD, data center, and cloud software and services.

Adding bandwidth to the service roster also increases the chances that channel pros can be a single point of contact for their customers––a popular concept among time-constrained SMBs. Phil Keenan, president at Atlanta-based MicroCorp Inc., argues that, for VARs and MSPs, “the network is an integral part of the solution,” deeming the reselling of bandwidth mandatory.

While his argument may be biased––MicroCorp is in the business of distributing telecom and cloud services through resellers––it’s also valid: These solutions need to be designed, sold, priced, and provisioned—“and provisioning in the network world is very, very different [from] the provisioning that these firms are used to in the IT world,” Keenan explains. Building that infrastructure internally is expensive, and in many cases, cost-prohibitive for channel pros.

For Mellon, these relationships alleviate the finger-pointing that can potentially take place if a customer is buying bandwidth from another source and problems arise. “If that [company] really drops the ball, the customer doesn’t necessarily remember that it’s that company delivering that part of the service. All they know is that their email or Web application that I’m providing them isn’t working well, and it’s my responsibility even though, in some cases, it’s a bandwidth problem,” he says.

Having a partnership in place with a distributor helps to mitigate this risk while driving dollars to the bottom line. “I’m happy to take that responsibility [for bandwidth performance],” notes Mellon, “but then I want some control over it too.”