ASCII's Alan Weinberger: MSPs are the Cure to Cybersecurity Ills 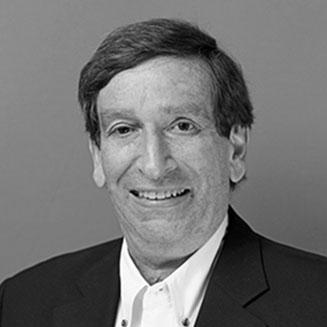 In a new book geared toward end users, ASCII Group CEO and Chairman Alan Weinberger outlines the growing cybersecurity threat and explains how MSPs are the right antidote for SMBs. By Michael Siggins
Tweet

Alan Weinberger, founder, CEO, and chairman of The ASCII Group, talks with ChannelPro’s Michael Siggins, president and publisher of The ChannelPro Network, about his new book, The Doctor’s In: Treating America’s Greatest Cyber Security Threat. This is an edited and condensed version of that conversation.

ChannelPro: What inspired you to write a book about the growing risks and costs of cybersecurity?

Alan Weinberger: No matter what side of the aisle you're on, it's front and center of our civilization. The subtitle of the book is “A Substantial Risk to Your Life, Liberty, and the Pursuit of Happiness.” So there's a political aspect, the personal aspect, and obviously the economic aspect. So that's the reason it's front and center, and who's the best one to be an antidote to all that? The MSPs. 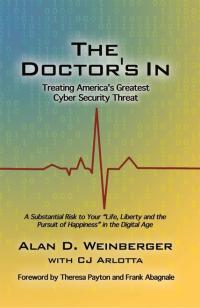 ChannelPro: What is the most important thing that people need to understand about the state of cybersecurity today?

Weinberger: The title of the book is The Doctor’s In: Treating America’s Greatest Cyber Security Threat, because everybody understands what cancer is. You know what COVID-19 means today. Maybe 10 years ago, people didn't even know what a plague was. So that's the analogy between the medical world, which everybody knows, and the IT world, which people [the end users] don't know. So this is the first book, I think ever, to explain to end users about what [MSPs] do.

ChannelPro: Cybercrime has become a huge business. Would you agree?

Weinberger: Absolutely. [There is risk of cyberattacks] at the highest levels from the president on down …to the one-person business, to our biggest infrastructures, our pipelines and everything else. And in the last decade, the IT solution provider role has really evolved.

ChannelPro: Can you tell us a little bit about that evolution?

Weinberger: We all know in the early 1980s, the PC revolution started when you had the Microsoft-Intel duopoly, so to speak. And then you could say the second revolution was the internet in the 90s and people started getting connected. And then maybe you say the third revolution is the cloud. And since everybody's connected through the cloud and the internet, as we know, that's not a secure way to be. And with that, the whole insecurity we've been talking about is arisen. So that's sort of the genome.

That's why the book is an analogy to the medical world. The equivalent [to a medical doctor] is your MSP to prevent cyberattacks, to [teach end users how to] have a good lifestyle and make sure you're doing all the proactive things you should do. ... So you can be protected if bad things happen, and prevent them from happening to begin with. … So there's tremendous parallels between how the medical industry developed and how the IT service sector is developing.

ChannelPro: In keeping with the medical metaphor, the MSP is the frontline worker, right?

Weinberger: That's what the government recognized for the first time this last year during COVID-19. The federal government and most state governments are considering the MSP a critical information or infrastructure worker, like the nurses and the doctors. That's a very important change, which is going to help the channel tremendously. Directly related to that, too, is over the years, there's always been many regulations and laws that apply to various industries, but just like in the last decade or so, we've seen a lot more of them apply to data handling, privacy, information, and things like that, which these days is all either on a company's network or they're storing in the cloud. If the government is looking to these essential workers to make sure certain things are done, the government is also trying to ensure that companies are managing their data safely and effectively to prevent data breaches… It's amazing, the confluence of so many things going on right now in 2021 because of data. … All this is right front and center of part of the role of the MSP today.