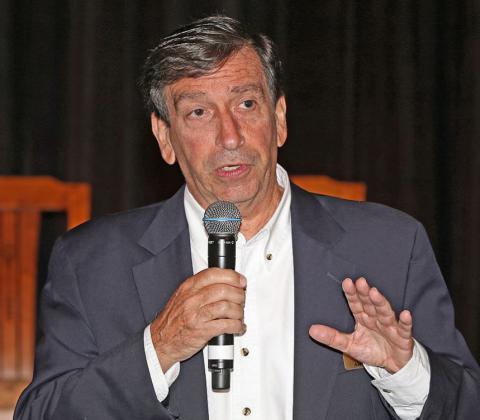 Alan Weinberger is CEO and founder of The ASCII Group, the oldest and largest independent IT community in the world. He recently exchanged some thoughts with ChannelPro Publisher and President Michael Siggins on the role of the channel in the nascent Internet of Things (IoT) market, and identified several opportunities for MSPs, IT solution providers, and VARs to pursue. This is an edited excerpt of that exchange.

ChannelPro: What are some money-making IoT opportunities that MSPs and IT solution providers can pursue today? In the next 24 months?

Alan Weinberger: Business consulting in general. Also, becoming a true MSSP [managed security services provider] and not just an MSP, since the big driver—as billions of devices connect at the edge—will be security risk. As the shift grows to software as a service from the platform as a service model in the past, solutions are being sold as end to end and “outcomes” for the end user, not just the sale of goods. This allows end users to deploy sooner rather than spending months on implementation. Thus, the IoT sale is becoming a subscription model for the MSP with little or no upfront cost for the end user.

With over 85,000 competing vendors in this space and presently good margin on the hardware side, this is a good opportunity for the MSP to do what they do best. Since these vendors only sell part of the solution, the MSP truly can do the integration with more parts and technology to be implemented than the traditional sale they make, and in turn are creating more value to the end user.

ChannelPro: What sectors/verticals will be the best to pursue now and over the next 24 months?

Weinberger: Agriculture, for one. IoT can increase sustainability by helping farmers connect fields and herds, reduce risks, streamline operations, and increase yield. Microsoft’s “FarmBeats” project is a cost-effective AI and IoT platform that is based on Windows IoT, devices, and Azure cloud and technologies with low-cost sensors, drones, vision, and learning algorithms to help farms and all agriculture. The data-driven tool increases the ability to check soil pH, quality of water saturation, pesticides, amount of fertilizer, and more.

Another is healthcare. Especially with elderly patients, where most healthcare dollars go, a growing list of smart sensors [are being rapidly deployed today], allowing physicians to obtain all the data, 24/7, they need from devices implanted in the patients, and transmit [it] back directly to the physicians. This allows for less in-person visits and is a growing form of “medical managed services.” This also includes emergency alerts to the doctor.

Finally, smart buildings. Going beyond the traditional needs of security, elevators, parking, power, HVAC, and more, new areas of exploration include smart space platforms and services including telepresence, location and traffic sensing, interactive walls, and digital assistants to increase productivity. Microsoft’s “special intelligence capabilities” equip buildings on its campus to have cafes talk to people and conference rooms that know who is in them and who is not and even translate the meeting in the conference room to attendees in other countries with different native languages.