The ASCII Group: Reflecting on 30 Years 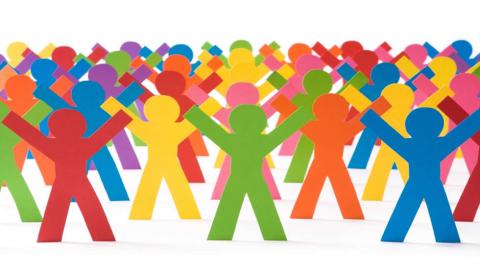 Founder and CEO Alan Weinberger talks about ASCII Group’s impact on the channel, and why VARs remain the backbone of the industry. By Michael Siggins
Tweet

Founded in 1984, The ASCII Group is the oldest and largest organization of independent IT solution providers, integrators, and VARs in the world. Founder and CEO Alan Weinberger forged the network out of a failing franchise of software retail stores owned by the former software publisher Ashton-Tate. The 40 independent software retailers joined together as a buying group, paying monthly fees to support their organization and in turn support each other and their programs for mutual benefit. In the following excerpt, Weinberger talks with Michael Siggins, vice president and publisher of The ChannelPro Network, about the history and the future of ASCII Group.

ChannelPro-SMB: Did you ever imagine 30 years ago that ASCII would have such an impact on the channel?

Alan Weinberger: So much history has gone on in the last 30 years—the economic downfall, the dotcom downfall, the Internet. But I almost did expect it, because I knew at that time a lot of the value in the industry was the independent experts. Our industry has been compared to the medical industry, because when you go to a doctor they have specific training, specific verticals. And you’re not going to a team of doctors initially. You’re going to somebody you trust. If [that doctor] has to assemble a team he will do that, but he’ll be your trusted medical adviser.

That’s the way [I saw] this industry. No matter how many big players were thrown at a solution, at the end of the day, especially for the SMB, you had to have local expertise by somebody who understood complicated technology. I’m not surprised that the backbone of a lot of this industry is still the VAR. So I’m not surprised ASCII has survived this long, because its model has stayed the same, leveraging the power of the smaller guys, for the benefit of the group.

ChannelPro-SMB: Nowadays, who’s the typical new ASCII member, and how long do members tend to stay?

Weinberger: The answers are a little surprising. We have people in our group [for] over 25 years paying dues. [And] not every reseller wants to become big. Yearly our turn is about 7 percent. So the answer is they don’t all grow. They don’t leave. They stay longer than you expect. And we’ve been very stable for that reason.

ChannelPro-SMB: What is the biggest draw for a new member?

Weinberger: That’s another surprising answer. We still have volume purchase agreements with our key partner distributors. We have 11 of them. Three of the major ones are Synnex, Tech Data, and D&H. That’s still a draw, because you do hundreds of millions of dollars with them as a group. [The savings] doesn’t add up to be a full year’s dues, but it helps. Also, it gives them security that if they didn’t have a good month on sales, they’ll still get a price better than they can normally get. That’s leveraging the power of a group. So that’s really still a very valuable reason.

But as times have changed, the networking aspect [is important]. Once they join our forum, they can be assured that they’re talking to their peers in an unvarnished fashion, no vendors are there, no trade press, and everybody is paying to be there. The value becomes a very tight community where everybody has put skin in the game and can be ousted if they do something unethical or illegal.

ChannelPro-SMB: In the past 30 years what are some of the trends you’ve seen among members?

Weinberger: One surprising thing is that you think that smaller resellers don’t engage with enterprises or governments or military, but that’s not true. And obviously, today, compared to 10 or 15 years ago, the break-fix is out. Now they make most of their money in managed services. And the last thing, of course, is the integration of other non-core IT technologies [like] VoIP [that weren’t] around 15, 20 years ago. One thing ASCII does is team our guys together if they have special expertise [such as HIPPA]. So they do work together much more than they ever did in the past because the industries have gotten very verticalized.

ChannelPro-SMB: Was there any technology or solution that never lived up to its hype?

Weinberger: Everybody thought 10, 20 years ago that the big players would do everything and the small guys would disappear. That didn’t happen. All the big chains [are] gone, except for a couple of them.

ChannelPro-SMB: Where does ASCII go from here?

Weinberger: I don’t think our model’s going to change. I think we probably will expand internationally. And as everybody knows, Gartner said in the next five or six years 20 billion devices will be connected to the Internet. That’s the Internet of Things. When these things go bad who’s going to fix them? It’s going to be VARs. This community will probably continue to grow, and I think ASCII’s challenge is to keep adding value to the community and make it stronger with more programs [and] ongoing training.

Weinberger: Two clichés. The only thing that stays the same is change. And the more things change, the more things stay the same. I don’t think anybody can predict the future, but I think this industry is going to be more and more of a service industry. That’s where the value is going be. The Internet of Things is a new growth area but most of that growth, according to Gartner, is in services.

ICYMI: Our Channel News Roundup for the Week of January 23rd, 2023
END_OF_DOCUMENT_TOKEN_TO_BE_REPLACED