Are RMM/PSA Suites the Future of Managed Services Software? 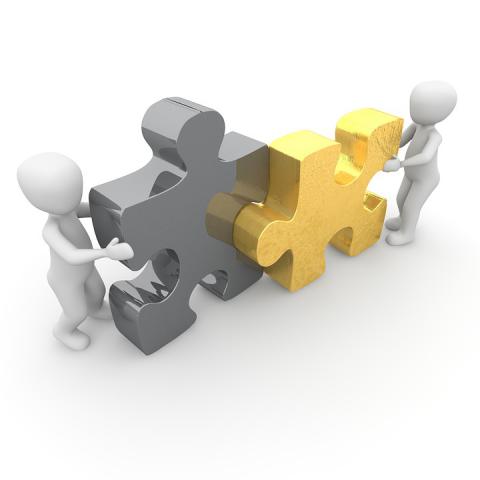 Recent announcements by major RMM vendors suggest they think so. MSPs are less sure. By Rich Freeman
Tweet
Reader ROI:
Managed RMM and PSA vendors are increasingly introducing integrated RMM/PSA suites.
Few MSPs see much advantage in buying RMM and RMM tools from one supplier.
On the other hand, selling both RMM and PSA software does have rewards for growth-hungry vendors.
Look for more vendors to enter the integrated RMM/PSA market.

Coupled with SolarWinds N-able’s announcement two weeks ago that the most recent edition of its N-central RMM platform interoperates with MSP Manager, the PSA solution the company launched last summer, today’s release by RMM vendor Kaseya of a new cloud-based PSA system represents the latest in a string of developments indicating that managed service software vendors increasingly believe the future belongs to companies with integrated RMM and PSA suites.

Which begs three natural questions: What led them to that conclusion, is it correct, and to what extent does this trend benefit MSPs?

Questionable Benefits
Let’s tackle the last of those questions first. In theory, RMM and PSA solutions from a single vendor should share a common development roadmap, making for easier upgrades. There’s also one bill to pay instead of two and one support number to call when something goes wrong.

Yet many MSPs question whether the rise of integrated RMM/PSA suites really helps them much. For one thing, notes Jason Brunt, CEO of Blue Bell, Pennsylvania-based solution provider and MSP E3 Technical Solutions LLC, buying two critical products from the same company creates a lot of dependency on one supplier.

“My biggest concern would be [having] all your eggs in one basket,” he says. For the time being, he’s sticking with PSA software from ConnectWise and RMM software from LogicNow, and most of the other MSPs he knows plan to continue using systems from separate vendors too.

Luis Alvarez, by contrast, is using integrated RMM and PSA products—but not because doing so makes life significantly easier for his techs. Alvarez, who is president and CEO of Salinas, California-based Alvarez Technology Group Inc. and a long-time ConnectWise user, recognized where the managed services software market was heading two years ago and decided to switch from a rival RMM solution to ConnectWise’s LabTech solution.

“Going with LabTech made a lot of sense,” he says. “We could see what the future looked like.” Alvarez believes that’s a future in which ConnectWise and companies like it inevitably focus more on how well their products work with each other than on how well they work with competing platforms.

“Over time that integration won't be as smooth and as easy and as agnostic as it is now,” predicts Alvarez, who recalls discussing this topic with some of his peers at a technology conference last August. They all felt the same way, he says.

Both Kaseya and SolarWinds N-able emphasize that openness and interoperability will remain high priorities for their companies going forward, however. And Kaseya CEO Fred Voccola, at least, is hardly a passionate advocate for the inherent advantages of buying RMM and PSA software from one company himself.

“I don't know if there is a benefit from getting it from the same vendor,” he says. MSPs should purchase the best product in each category, he contends. Kaseya just believes it makes both of those solutions now.

Substantial Market
So if there’s not much in it for MSPs who buy integrated RMM/PSA suites, why are so many vendors building them? Perhaps because there’s plenty in it for them, speculates Larry Walsh, CEO and chief analyst at Port Washington, New York-based channel advisory firm The 2112 Group.

Consider the situation from an RMM vendor’s perspective, he says. According to 2112 Group’s research, anywhere from 20 to 25 percent of MSPs don’t use PSA software at present. “That’s a substantial part of the market to go after,” he says. “These vendors need to get bigger.” Entering the PSA market is a natural way for RMM vendors to do so, and adding RMM software is just as attractive and logical a growth strategy for PSA vendors.

Interestingly, Voccola sees things more or less the same way. Kaseya entered the PSA space mostly because it believes MSPs need and will therefore embrace a solution that’s less costly, easier to use and modify, and better suited to the cloud-first, mobile-first era than previous offerings.

“There’s a huge market opportunity for us if we can get the right PSA product that fits what MSPs are going to be doing for the next ten years, not for the previous ten years,” he says. And that’s despite the new Kaseya Business Management Solution’s disruptive $25 per seat price.

It’s likely just a matter of time before the remaining stand-alone RMM vendors reach the same verdict. In particular, while AVG, Continuum, and LogicNow all ship extensive PSA integrations with their solutions, none offers a PSA system of its own yet. They’ll have no shortage of acquisition options if they choose to go that route.

“The PSA market is remarkably crowded,” Walsh says, citing a 2015 study his firm conducted listing more than two dozen vendors. “Many of them aren’t really penetrated into the IT segment,” he adds.

Tigerpaw, which offers PSA software but not an RMM platform, should have little trouble finding partners either. Whether such a hookup makes financial sense though, for it or other PSA and RMM vendors, depends to a great extent on whether MSPs ultimately side with Alvarez on the wisdom of adopting a one-vendor purchasing strategy or Brunt.