Are Freemiums the Future of Managed Services? 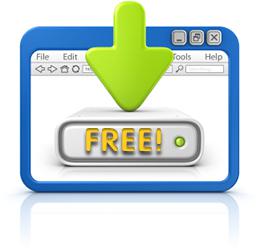 Early this year, Brad Kendall, an MSP in Selkirk, Manitoba, was struck by inspiration. Many software-as-a-service vendors offer both a free, entry-level version of their product and a fee-based, premium edition with more features and support. So, he thought, why couldn’t his company, CCR Technology Group, do the same? “It just seemed like an interesting model,” Kendall says.

What followed was a series of experiments. First he tried giving away a complete managed service plan for six months. Next he tried providing remote monitoring and support for free, but billing for on-site visits. The results both times were disappointing. “We just couldn’t get the clients to upgrade,” Kendall recalls.

Then he tried something new. He would monitor a customer’s network indefinitely for nothing. But every time he had to do something, like apply a patch or update anti-virus software, he charged a fee—even if his remote monitoring and management system did the work for him automatically.

From one perspective, that scheme worked no better than its predecessors: Only 3 percent of Kendall’s “free” customers ultimately moved up to full-fledged managed service contracts. On the other hand, since his RMM vendor was charging him just 20 cents per desktop per month, he didn’t need a lot of upgrades to turn a profit. “It’s actually a very good model for us,” he says. “Everyone likes free.”

Indeed, that simple, indisputable truth has everyone from Internet entrepreneurs to big-name software makers rolling out so-called “freemiums,” free products meant to attract prospects and turn them into paying customers. So far, few managed service providers have joined the stampede, but stories like Kendall’s help explain why some experts believe that giving away some of what they do for nothing might work as well for MSPs as it has for a host of technology firms in other fields.

Try Before You Buy

Freemiums were initially the exclusive province of Web-based startups looking to make a disruptive splash in new markets, according to Lincoln Murphy, managing director of Sixteen Ventures, a marketing consultancy in Arlington, Texas. “They were willing to take what amount[ed] to quite massive risks,” he says. In the process, however, they discovered that giving away feature-limited products can not only drive sales of more comprehensive paid offerings, but fuel cross-selling of related services and add-ons too. The upshot is that even tech industry giants are introducing freemiums these days. Microsoft, for example, has been giving away a stripped-down online version of its Office productivity suite since 2010.

Such moves come as no surprise to Jeff Kaplan, managing director of THINKstrategies Inc., a cloud computing and managed services consulting firm in Wellesley, Mass. “An increasing number of business and IT decision makers are being exposed to freemium offerings in the consumer world,” he observes. As a result, they’re increasingly demanding similar try-before-you-buy options from their technology providers. Before long, Kaplan predicts, MSPs that don’t offer free introductory service packages will start losing deals to competitors that do.

To date, however, a variety of issues have kept most MSPs from joining the freemium bandwagon. For one thing, SaaS vendors rely chiefly on relatively affordable commodities like processing power and storage space to satisfy customer demand. Managed service providers lean far more heavily on costly flesh-and-blood technicians, and every hour those employees spend supporting nonpaying customers comes straight off the bottom line. “The economies of scale are not there,” Murphy says. Some business owners, meanwhile, worry that anything they can get for nothing may be worth exactly that. “If you’re not charging enough for your service, people might not take you [seriously],” Murphy notes.

That’s certainly consistent with Scott Richman’s experiences. Richman is founder of Nerds Support Inc., an MSP in Miami that’s been promoting a 30-day free trial on its website since February. But the giveaway has yet to attract a single new customer. “I just don’t feel that that’s a compelling offer,” says Richman of freemiums. Customers often assume free services are free for a reason, he argues. They also tend to believe that expensive offerings cost more because they’re worth more, he adds, citing as proof the spike in business his firm saw after a recent rate hike. “We’re actually doing better than when our prices were lower,” he says.

The Think Edge of the Wedge

Still, Kaplan believes freemiums can work for MSPs, provided they’re used properly. The trick is offering something big enough to attract customers yet small enough to inspire upgrades. “If you give away too much then you don’t give the customer an incentive to want to buy your service,” Kaplan observes. For example, MSPs can limit their freemium to monitoring only, as CCR Technology Group’s Kendall does, or offer both monitoring and management but only for a specific kind of device, like email servers. Either way, they give clients a taste of what they can do while slowly earning their trust and respect.

Alternatively, Kaplan suggests, MSPs can use their RMM software to perform a free autodiscovery of a potential client’s networked assets. The customer gets a complete inventory of the company’s hardware and software at no cost, and the managed service provider gets valuable data that can be used to find sales opportunities, like desktops in need of more memory, a bigger hard drive, or tighter security.

Kaplan’s suggestion is similar to a two-pronged strategy that managed service software maker N-able Technologies Inc. rolled out early last year. First, the Ottawa, Ontario-based company gave its partners one free license to N-central Essential, a rudimentary version of its flagship N-central RMM product, for every N-central Professional license they owned. Next, based on research showing that a full-blown managed service contract is often more than SMBs are willing to buy right out of the gate, it encouraged its partners to pitch new clients something more focused, like a managed anti-virus or disaster recovery offering. During the setup process for that smaller solution, partners can use their free N-central Essential nodes to perform an autodiscovery of the customer’s network.

“Then you can upsell and cross-sell them services,” says Gavin Garbutt, N-able’s CEO. “It’s the thin edge of the wedge.” And it works, he continues. In the six quarters since N-able introduced its freemium, the number of SMBs that its partners manage has risen from 22,000 to more than 50,000.

CHIPS Computer Services, an N-able partner in Hugo, Minn., has achieved even more dramatic results. When the firm first began taking advantage of N-able’s free RMM licenses early in 2010, its NOC was tracking roughly 55 customers. Today that figure stands at 302. “We’ve had kind of an explosion in the smaller-level engagements,” says Tony Chiappetta, the company’s president. Even clients that don’t ultimately purchase a managed service plan often end up being a great source of break-fix work, he adds. “They come to know us, and even if they don’t have any regular needs, they know we’ll have information [about their network] and know where to start from,” Chiappetta notes.

Significantly, it’s not the customer but the MSP that receives the freemium under N-able’s model, in the form of free Essential licenses that usually get upgraded to Professional when a client buys a managed service plan. That spares MSPs the risk of de-valuing their services by delivering them for nothing. “We’ve never suggested to them that they give their customers anything for free,” Garbutt notes. As far as the client knows, autodiscovering their network is simply standard operating procedure at your company when you install a security or disaster recovery solution, as well as concrete proof that you take good care of your clients.

Of course, part of what makes N-able’s freemium appealing to MSPs is that it requires little to no incremental investment of time or money. That’s a critical consideration, Kaplan says, because a poorly conceived freemium can easily cost you more than it returns in new revenue. “You don’t want to be giving away something you can’t administer in a cost-effective fashion,” he notes.

Indeed, Murphy advises anyone experimenting with freemiums to pay close attention to customer acquisition cost. That’s the total amount you must spend—inclusive of RMM licensing, personnel costs, and other overhead—to gain one new client. For example, say your typical customer has 15 desktops and that it generally takes you six months to turn a free account into a paid one. If your freemium costs you 50 cents a month per desktop, then you’re spending $45 on average for every revenue-generating account you add. However, if your conversion rate is 3 percent, like Kendall’s, then there are roughly 32 companies that never become paying clients for every one that does, and they’re costing you $45 a piece too. That means your real customer acquisition cost isn’t $45 but 33 times that amount, or $1,485.

Is that too much to pay? The answer depends on a range of other factors, like how much profit you earn over the lifetime of a typical customer relationship and how much it costs you to acquire new clients using other techniques. “You have to understand that this is a long-term marketing strategy, and you need to measure what the results are,” Murphy says.

Kendall, at least, believes freemiums make economic sense. “It’s something I want to try with other software and other services,” he says. Among the options he’s weighing is a free Wi-Fi offering for hotels. Setup and maintenance would cost the property manager nothing, but any access fees paid by their guests would flow to Kendall. It’s a creative idea, but only time will tell if it represents the future of managed services or a costly dead end.

Jabra PanaCast Review - Get Your Huddle On
END_OF_DOCUMENT_TOKEN_TO_BE_REPLACED