Are Distributors Bouncing Back? 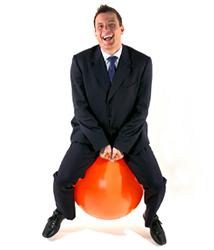 Late 2009 financials indicate a bit of a resurgence on the part of the channel's major distributors. Are the canaries in the coal mine singing again? What does this mean for the channel? By Geoffrey Oldmixon
Tweet

Ask distributors about 2010 and you'll get a fairly optimistic forecast. What's more, if you take a look at recent sales figures, you might find yourself believing those rosy predictions. No matter how you look at the financials, however, it's clear that many VARs are sticking with their distributor partners, and for good reason.

Despite reporting a year-over-year decline in net sales, Q3 2009 was promising for distributor Tech Data Corp. The company's third-quarter earnings beat Wall Street's predictions, represented an 8.8 percent increase in net sales over the prior quarter (Q2 2009), and rang up $43.1 million in earnings compared with just $16.8 million in Q3 2008.

Ingram Micro North America also reported fiscal improvement in the second half of 2009. While the distributor's third-quarter sales were still below 2008 numbers for that same period, the company experienced a 12 percent growth in sales over Q2 2009-the greatest sequential growth Ingram Micro had seen in nine years. "Operating income and earnings per share hit the year's highest levels," reported CEO Gregory Spierkel at the time.

So why the apparent rebound? According to Ingram Micro President Keith Bradley, VARs have remained loyal to distributors throughout the recession because of distributors' value proposition. "Distribution offers a much more cost-effective and targeted marketing, sales, and logistics engine for the IT channel," he says. On the flip side, Bradley says vendors like distributors for their "credit competency and ability to manage credit risks."

Jeff Davis, senior vice president of sales at D&H, sees similar advantages for channel pros. "In a weakened economy, it's more crucial than ever to be able to rely on partners for support, logistics, and direction, especially as to what product categories resellers should focus on to remain competitive."

But therein lies the rub. If you ask D&H which categories were strongest in 2009, the company says "mobility, servers, VoIP, and multifunctional all-in-one printers." Ask Ingram Micro, and it says "security, storage, data center virtualization, and networking." Tech Data offers a third set of winners: printing and PC sales related to the Win 7 OS refresh.

"Mobility is still strong," assures Davis. "From May to July 2009, notebook sales at D&H rose 47 percent compared with the previous year." He adds that SMB server sales were up 23 percent in that same time frame, and the VoIP and all-in-one printer categories rose 27 percent and 29 percent, respectively.

"The top-performing categories continue to be security, storage, networking, and data," says Ingram Micro's Bradley, though he also concedes to seeing increased acceleration in the adoption of managed services in SMBs and cloud computing in larger enterprises. "In 2009, all these categories were strong, and we expect them to remain strong in 2010," he says.

So if different distributors are claiming success in different IT categories, but nonetheless seem to share an evident spike in sales, what's the common denominator? Indeed, it seems Bradley was right when he talked about that value proposition.

"Ingram Micro's expanding business intelligence and demand-generation capabilities have been a driving factor and a big draw," Bradley says. "[VARs] want to use our core strength to help them gain a competitive advantage in the market-not only service and support, but also in marketing and sales."

As Goes Distribution, So Goes the Channel

All three distributors expect 2010 to be better than 2009 in sales and revenue. "We hope to see a systems refresh cycle driving growth," says Bradley. "And we still see productivity enhancements continuing to be a key focus area for businesses of all sizes. Everyone will be focused on getting more with the same or less, driving productivity up and costs down."

Davis is similarly optimistic. "Although caution is still in the air," he says, "for those in the SMB marketplace that have come through this past year with their profitability intact, it's likely that things will be looking up from here."

Jabra PanaCast Review - Get Your Huddle On
END_OF_DOCUMENT_TOKEN_TO_BE_REPLACED