AppRiver, Microsoft Share a Vision for the Greater Good

Through Microsoft's Technology for Social Impact initiative, AppRiver is offering substantial discounts on Office 365 packages to qualified nonprofits working toward the betterment of their communities. By Colleen Frye
Tweet

AppRiver, in partnership with Microsoft Philanthropies, is offering substantial discounts on Office 365 packages to nonprofits working toward the “greater good” and is letting its MSP partners serving nonprofits know there is “a much more robust commitment flowing from Microsoft through AppRiver” to them, says Scott Paul (pictured), senior director of AppRiver’s Microsoft Alliance. AppRiver, based in Gulf Breeze, Fla., is a provider of cloud-based cybersecurity and productivity services.

“A lot of our reseller partners believe that it's important to have a commitment within their local communities to nonprofit organizations,” Paul tells me. “We're reaching out to let them know that they can double down on their investments in serving those organizations.”

The initiative is part of Microsoft’s Technology for Social Impact (TSI) group under the Microsoft Philanthropies umbrella, says Paul. Microsoft Philanthropies, established in December 2015, made a commitment of $1 billion in cloud services for nonprofits and researchers to support the public good. In 2016, donations included $465 million to 71,000 organizations worldwide. 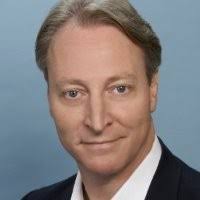 A Microsoft partner for more than a decade, AppRiver had been an Office 365 syndicated partner, a precursor to the CSP program, Paul says.

“Back in 2011, shortly after that [Office 365 syndication] program opened up, Microsoft very quietly introduced the availability of charity licensing. We found immediately—it was no surprise to anyone—that the nonprofits we served at the time were keenly interested in Microsoft cloud tech.” AppRiver jumped on board and Paul says “in some cases we saw nonprofits being able to leverage their use of collaboration and communication tools [to] support the expansion of their services within the communities that they operate.”

He calls moving the charity license program to Microsoft Philanthropies, rather than offering discounted commercial licensing, “a really important moment for Microsoft. [It] changes the flavor, and tone, and purpose of the whole thing in ways that are really positive for everyone.”

It struck a chord with AppRiver, he says, which has its own philanthropic program called AppRiver Cares. So when Microsoft reached out to AppRiver to be one of the launch partners for TSI, the answer was "of course."

The catalog of services is much larger now, Paul says. “Microsoft has recognized that nonprofit organizations need technology beyond email and file sharing, so we're training partners along those lines to make sure they understand the vision is bigger this time and that we hope that they're making bigger commitments to the nonprofits they serve.”

AppRiver will be helping partners understand what type of nonprofit qualifies under the TSI program, how the qualification process works, and how to set expectations with nonprofit clients.

“We want to be shoulder to shoulder with our partners in the approval process [and] we want to help them understand the nature and definition of 'greater good' or 'community welfare'. Obviously there are lots of different kinds of nonprofits. In fact, within the definition of 'nonprofit' Microsoft has multiple licensing programs. Tech for Social Impact is really for all the organizations that don't fit those verticalized programs like education, government, and healthcare."

As for AppRiver’s partners, “there's a set of partners who just get this,” Paul says. “They have a hunger or a real baked-in need to make this part of their business. They've had a longstanding commitment to nonprofits. They see the arrival of Tech for Social Impact and they know exactly what to do with it.”

For the larger group of MSPs that may not intuitively know what to make of TSI, AppRiver will be tuning Microsoft’s messaging for them. “To me, the most interesting part of TSI is the role that it puts AppRiver in, in terms of not just an explainer and interpreter of TSI, but really having significant responsibility in educating the channel about what it means and what we think the real intent is behind it,” Paul says.

TSI, he continues, “is a huge long-term commitment on the part of Microsoft. We certainly intend to be there every step of the way.”

The Road to Success Is Paved with Service
END_OF_DOCUMENT_TOKEN_TO_BE_REPLACED

Jabra PanaCast Review - Get Your Huddle On
END_OF_DOCUMENT_TOKEN_TO_BE_REPLACED