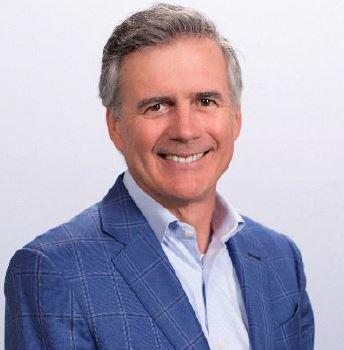 Speaking with ChannelPro some two months after becoming the distributor’s top exec, Rich Hume (pictured) discusses how the change of leadership will impact partners, what lies ahead for the StreamOne cloud marketplace, and new plans for service offerings. By Rich Freeman
Tweet

Bob Dutkowsky served Tech Data Corp. as CEO for 12 years, during which he increased revenue over 71 percent to $36 billion and grew earnings per share more than 550 percent.

Just over two months ago, however, Dutkowsky became executive chairman of the board and handed the CEO role over to former Executive Vice President and COO Rich Hume (pictured), a 30-plus year veteran of IBM who joined Tech Data in 2016. Hume spoke with ChannelPro recently about what that change of leadership means for the company’s partners. What follows are lightly edited excerpts from the conversation.

Question 1: What should a Tech Data reseller expect going forward in terms of how differently the company is going to run? What’s going to change?

Rich Hume: First of all, Bob and I are a lot alike. We both happened to have worked for IBM, so we come with a set of experiences, and a corporate culture, and a set of moral compasses, if you will, that is quite similar.

That being said, Bob and I, our core skill sets, are different. Bob had grown up predominantly through the sales side of the organization and then into general management. I grew up on the financial side and then into general management. We find ourselves thinking quite alike. But also, some of our foundational experiences and the way we work definitely show their strengths as we go and execute.

I would tell you that when I had joined Tech Data, and this is well-documented, two and a half years ago now, I had joined with the intention of being able to succeed Bob on a two-year timeline. That’s, in fact, what happened. But as we moved through that two-year timeline, he pushed more and more responsibility to me. I started with having responsibilities for the geographies and the geographic operations, which is the core of driving our entire financial result, as well as all of our customer and partner relationships.

So I sit here and think about it now. “Well, Rich, what are you going to do from a strategic perspective?” Then I think to myself, “Well, I was the one who was asked to lead the strategy.” I look in the mirror and the expectation is that I’m going to go and execute what I had recommended to Bob and the board…

ICYMI: Our Channel News Roundup for the Week of January 13th
What’s Missing From Your Cybersecurity Portfolio – Webinar
END_OF_DOCUMENT_TOKEN_TO_BE_REPLACED