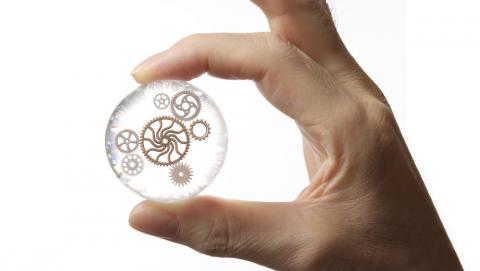 Our panel of IT prognosticators share their biggest predictions for 2019 and their biggest surprises from 2018. By Rich Freeman
Tweet

It’s true. We’re privileged to speak regularly with some of the IT world’s top minds here at ChannelPro, and every year we provide you their outlook for the year to come. Yet it turns out that the ever-changing world of technology catches even respected prognosticators off guard now and again. This year, our soothsayers have generously shared not just their predictions for 2019 but their biggest surprises from 2018.

Jayson Ferron, chief technologist at Interactive Security Training, would love to tell you that the story in his area of expertise will be happier this year than last. Unfortunately, however, he can’t. Businesses failed to get rigorous about security in 2018, he contends, and no amount of headlines about giant breaches at companies like Marriott International and Facebook is likely to change that in 2019.

“I think what companies are going to do in 2019 is … get by doing what the regulations require them to do and not a lot more,” Ferron predicts. Worse yet, he adds, the people who work for those companies are sure to keep clicking on things they shouldn’t. “That’s how ransomware became so rampant,” he observes. “I don’t see that going away because it works, and if you’ve got something that works, why give up on it?”

Not that 2018 was completely without surprises for Ferron. For one thing, he expected more companies to take the European Union’s General Data Protection Regulation (GDPR) seriously. “It surprised me how slow companies were to either recognize that they need to follow the law or actually comply with the law,” he says.

Ferron was downright shocked—in a good way—by how effective the security systems Microsoft has built into Windows 10 proved to be last year. “I’m looking at the stats from some of the test engines, and Microsoft is showing up really high on catching stuff,” he says. “That just blew my mind.”

Now if only he could get people to actually use those tools. “Who’s turning that on?” he asks of Microsoft’s security software. “Do they even know it’s there?”

Sadly, there’s even more that most people don’t know about security, which is why Dave Seibert expects 2019 to be the year that large numbers of MSPs add another “S” to their shingle.

“I see huge growth in the number of new [managed] security service providers that are going to come into the channel in 2019,” says Seibert, who is both CIO of Irvine, Calif.-based MSP and solution provider IT Innovators and owner of the SMB TechFest conference series.

Continually growing demand for security expertise isn’t the only driver behind that development either, he continues. Outsourced providers of costly resources like security operations centers (SOCs) and security information and event management (SIEM) solutions are appearing in growing numbers as well. “There’s a lot of offerings that are out there just to serve MSPs that want to add security on as a service,” Seibert notes.

MSSPs and MSPs alike will have less flexibility on pricing this year though, according to Seibert, given how often buyers now expect to see rates listed on a potential tech provider’s website. 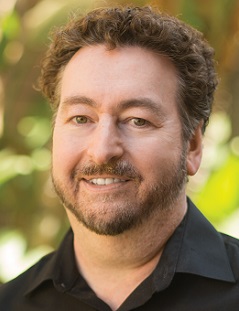 “I see huge growth in the number of new [managed] security service providers that are going to come into the channel in 2019.”—DAVE SEIBERT, CIO, IT INNOVATORS

“Amazon kind of did this to us,” Seibert says, along with operators of software- and infrastructure-as-a-service platforms that routinely display pricing for all the world to see. “A lot of clients are getting to that point that for them to pick up the phone and call an MSP, they kind of want to know what kind of dollars they’re talking about.” That’s allowing customers to comparison shop more easily while giving channel pros less room to control margins.

One thing not likely to change in 2019 is the so-far lackluster adoption of blockchain technology. Popularized by cryptocurrencies like Bitcoin, blockchains are slowly coming into use as a means of verifying that data backups and other files haven’t been tampered with, but predictions of far broader use—including Seibert’s—have proven overblown to date.

“I really thought the blockchain would take off for SMB,” says Seibert. “It didn’t.” And it won’t anytime soon, he adds, due largely to its complexity. “Even enterprises are having a hard time with it,” Seibert observes.