2018 State of the Channel Survey: Stepping Toward the Future of IT 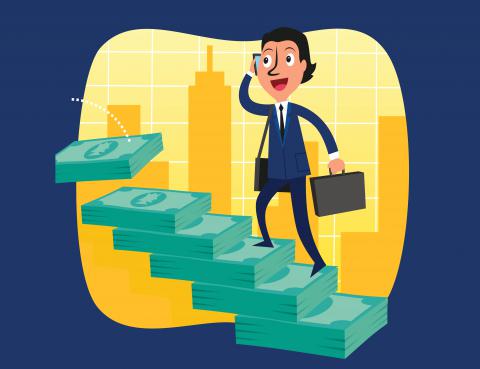 Experts have been advising channel pros to embrace high-growth markets like security and the Internet of Things for years. Our latest reader opinion survey suggests it’s finally starting to happen. By Rich Freeman
Tweet
Reader ROI:
SURVEY evidence suggests that profits are dropping on traditional IT markets like networking, PCs, and servers.
THAT TREND HAS CHANNEL PROS EXPLORING high-growth markets like security and the Internet of Things in mounting numbers.
SOLUTIONS THAT ARE NEW to many IT providers, such as telecommunications systems, are also gaining momentum.
MANY PROVIDERS OF LOW-MARGIN online services are adding higher-margin cloud offerings in areas like HR, ERP, and CRM.
MANAGED SERVICES, though hardly a new market, is generating increased revenue and profits for channel pros too.

It was good advice 45 years ago when the Washington insider known as “Deep Throat” was helping Woodward and Bernstein investigate the Watergate break-in, and it’s good advice for channel pros today.

Want to set yourself up for sustained growth? Look for the biggest piles of money in technology and steer straight for them. Global security outlays, to cite one prominent example, will grow almost twice as fast as IT spending overall to $96 billion this year, according to Gartner. IDC, meanwhile, expects Internet of Things revenue to spike 14.6 percent in 2018, reaching $772 billion worldwide.

For years, experts have been urging channel pros to get serious about high-growth opportunities like those, as well as telecommunications systems, print services, and other offerings familiar to end users but new to many IT providers.

Well, good news, experts. According to the results of our most recent State of the Channel survey, that’s exactly what channel pros are beginning to do. Though there are few signs of anyone abandoning traditional revenue sources like hardware, packaged software, and rote IT maintenance entirely, the 2018 edition of our annual pulse-taking study contains evidence of increasing interest in a variety of rich new markets.

Balance Sheets Are Healthy—But Could Be Healthier

Whatever’s fueling that developing interest in new services, it’s not financial desperation. Market conditions remain strong for most of our readers, nearly 44 percent of whom pocketed more revenue last year and nearly 40 percent of whom earned more profit. By contrast, only approximately 14 percent of survey respondents saw revenue and profit decline, respectively.

Expectations for 2018 are even stronger: Nearly 67 percent believe market conditions will be better for the channel in aggregate this year, and over 70 percent predict better conditions for their own company. The percentage of poll respondents predicting much better market conditions for themselves, meanwhile, is up from less than 23 percent in 2017 to a little over 33 percent now, and in excess of 69 percent believe their clients will spend more on IT this year than last. Perhaps not surprisingly given that upbeat outlook, about 48 percent of survey participants expect to add headcount this year.

Look a little more deeply at the data, though, and a few less encouraging results emerge. That 44 percent of channel pros collected more revenue last year sounds great, for example, until you consider that nearly 58 percent thought they would make more when we asked them for a prediction in our 2017 survey. What’s more, just over 60 percent expect little change in what they pay themselves and their techs this year, and almost 63 percent foresee little change in what their salespeople make.

Once-lucrative sources of income clearly aren’t growth engines anymore either. For instance, over 78 percent of the channel pros we surveyed expect profits in networking to hold steady or drop. Around 80 percent say the same of storage solutions, PCs, and peripherals; 87 percent say the same of server hardware. Close to 83 percent anticipate the same or lower profits on break-fix services this year.

Transform Your MSP into a Valued Data Partner
END_OF_DOCUMENT_TOKEN_TO_BE_REPLACED

Jabra PanaCast Review - Get Your Huddle On
END_OF_DOCUMENT_TOKEN_TO_BE_REPLACED