2017 State of the Channel Survey: A Mix of Optimism and Caution 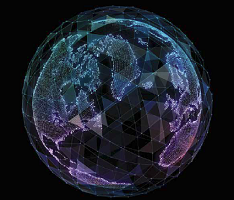 VARs, managed service providers, consultants, and system builders have both positive and cautious feelings about the future, according to the results of our latest annual channel opinion study.

By Rich Freeman
Tweet
Reader ROI:
Channel pros are generally upbeat about the future, but noticeably less so than a year ago
While security services have arguably never been in greater demand, channel pros are less optimistic about margins vs. 2016.
There is evidence among IT pros for telecommunications and managed print.
While the cloud remains a major opportunity, revenue growth is tailing off in commoditized markets like hosted email.

With a new year just underway, it’s time once more to check in on how SMB channel partners view the road ahead, for themselves specifically and the technology industry generally. In our latest State of the Channel survey, we asked and you answered. Here’s what you told us. (Download the in-depth data results here).

Rising Confidence in National  Prospects, and Steady Confidence in Their Own
Our readers are feeling a little better about the direction of the economy these days. In our 2016 survey, over 58 percent of them predicted somewhat or much better conditions for the coming year. This year the corresponding figure came in above 65 percent.

When it comes to channel pros' own businesses, the overall trend is “steady as she goes.” Last year, the percentage of re-spondents who predicted somewhat or much better economic conditions for their firms reached 74 percent. In 2017 that figure is a very close 71 percent. Moreover, channel pros who thought market conditions would be worse for their businesses went from 6 percent last year to a comparable 4 percent in this year’s survey.

A note of caution appears in the channel’s revenue and profit projections. Though a robust 57-plus percent of survey respondents expect both their top and bottom lines to rise in 2017, that’s down from roughly 63 percent a year ago.
Not surprisingly, that dip matches a comparable decline in confidence about IT spending patterns. The percentage of channel pros predicting a significant increase has dropped from 11 percent a year ago to just under 5 percent now, while projections of little to no change have risen from about 29 percent to 35.

What effect, if any, did politics have on all that data? We opened our poll weeks before the November presidential election and closed it weeks after. Given that 60 percent of U.S. small business owners planned to vote for Donald Trump, according to October research by SMB business service provider Manta Media Inc., of Columbus, Ohio, do channel pros believe that a U.S. president can have a direct economic impact on their businesses?

Charles Weaver, CEO of Chico, Calif.-based professional association and accrediting body MSPAlliance, suspects the answer is yes. Everything he’s hearing from members lately conveys optimism, thanks at least partly to expectations that Trump and Republication congressional majorities will implement business-friendly policies. “They’re preparing for growth,” Weaver says of MSPs. “How can you not be optimistic about potentially less regulation in the U.S. and potentially less taxes in the U.S.?”

Sean McCormack certainly fits that pattern. “I’m somewhat more hopeful than I was before,” says McCormack, who is owner of Magnify247.com, an MSP in Tipton, Ind.

It’s also worth noting that doubts about business conditions don’t seem to be stopping channel pros from staffing up. Just fewer than 48 percent of participants in our survey plan to add employees this year while a mere 4 percent expect their headcount to decline.

Sadly, however, most of the people included in that headcount aren’t in for a raise. About 58 percent of survey participants expect wages to stay the same this year for both technicians and salespeople, and nearly 72 percent predict little change in salaries for office and administrative personnel. Only about 10 to 11 percent forecast a pay cut in any of those categories though.