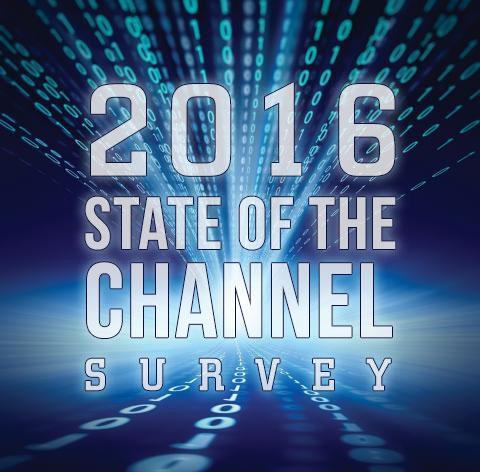 It’s a good time to be an SMB technology provider, according to the 2016 ChannelPro-SMB State of the Channel survey.

By Rich Freeman
Tweet
Reader ROI:
Most SMB technology providers predict that revenue, profits, wages, and headcount will all grow this year.
And they'll make more money from cloud, mobility, managed services, and virtualization; less from BDR, PCs, and email hosting.
Channel pros are extremely worried about security threats, but also confident about the tools they use to keep customers safe.
Survey participants are surprisingly confident about their sales and marketing abilities.

Lots of people think they know what’s up in the SMB channel, but the only way to know for sure is to ask. So that’s exactly what ChannelPro-SMB has done once again in our latest State of the Channel survey. Here’s a look at what you told us about the health of your business, your outlook for the future, your fastest-growing solution offerings, and more.

Revenue, Profits, Wages, and Hiring All Headed Up
First, the big picture: Channel pros were bullish about the year ahead when we conducted our first State of the Channel survey in 2015 and they remain so today. Over 58 percent of those we surveyed expect the U.S. economy to do either somewhat or much better this year, and nearly 74 percent say the same about their own companies. Furthermore, while about 53 percent of survey participants reported higher revenue in our 2015 poll and 48 percent reported higher profits, roughly 63 percent believe both of those figures will climb in 2016.

Not surprisingly, all of that growth is fueling higher wages and accelerated hiring. In fact, about 41 percent of poll respondents say their personal income will rise this year and similarly large portions—from 40 to 46 percent—expect their salespeople, techs, and engineers to collect higher salaries in 2016 too. Additionally, about 54 percent of surveyed channel partners plan to add headcount this year, while only around 5 percent expect to shrink it.

Deborah Hagar is one of many poll respondents who sees resume reading in her future. Hagar is CEO of The Data Institute, a former healthcare-oriented big data consultancy in San Bernardino, Calif., that’s currently reinventing itself as a provider of cloud-based analytics solutions to a wider range of businesses and local governments. “It will create a larger market for us,” Hagar says, and ultimately require her firm to expand its payroll from 19 people to a projected 50.

That kind of faith in the future is ent 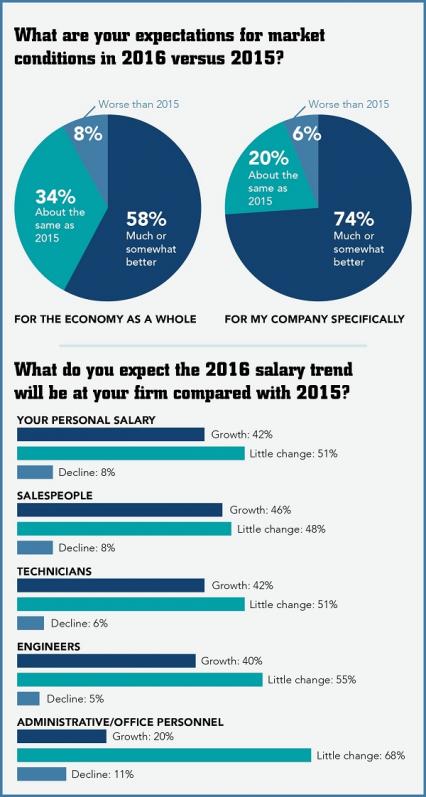 irely appropriate, according to Jeff Kaplan, managing director of Wellesley, Mass.-based cloud and managed services consulting firm THINKstrategies Inc. After all, he observes, adoption of cloud-based solutions is booming and security services are in greater demand than ever. In fact, Kaplan believes channel pros are in a no-lose position at present. If the economy grows moderately this year, as most experts predict, SMBs will have more money to spend on technology. If it unexpectedly shrinks, though, many of those same companies will be looking to cut costs through increased automation and IT outsourcing.

Margins for Cloud Computing, Mobility, and More Expected to Rise
Channel pros see good things coming for margins too, particularly in markets that haven’t been especially profitable for them in the past. For example, though just 22 percent of survey participants call margins on cloud solutions high today, over 46 percent think they’ll increase during the year ahead. Poll respondents are even relatively hopeful about the profitability of Microsoft’s notoriously low-margin Office 365 productivity suite. While just about 6 percent of them think margins on that solution are high at present, a respectable 24 percent believe their Office 365 profits will increase in coming months.

Other up-and-coming markets for 2016, according to our survey sample, include mobility, server virtualization, and IT integration services, which about 37 percent, 31 percent, and 31 percent of poll respondents, respectively, believe will be more profitable this year than last.

Around 36 percent of polled channel pros expect managed services to generate more profit in 2016 too. Yet while the MSP business model has been around for over a decade, participants in this year’s survey make surprisingly little of their money that way. In fact, managed services currently account for less than a quarter of annual revenue at more than 60 percent of the companies we polled, though over 62 percent expect to earn more of their income from managed services in 2016.

LG Gram for Business 17 (2020): Big Reasons to Like It
END_OF_DOCUMENT_TOKEN_TO_BE_REPLACED