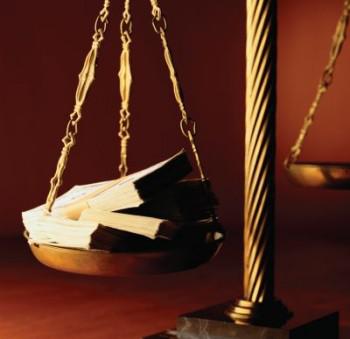 Less than six months ago, research firm IHS released a report titled “The World Market for CCTV and Video Surveillance Equipment” that suggested the video surveillance market is heading to a “tipping point” in 2014. While this tipping point is based on revenues for network video overtaking analog, the reality remains that analog cameras are still forecast to continue outselling network cameras in terms of shipments until 2017.

For an integrator, these projections not only indicate the continued transition of video surveillance products toward network solutions, but that there also still remains the opportunity to convert analog loyalists over to IP. Undertaking this conversion is easier said than done. Along with clearly conveying the benefits of IP technology over its analog predecessor, adopting regimented sales strategies such as gathering leads, establishing market credibility and nurturing relationships will contribute to growing your IP sales.

Before immersing ourselves in selling strategies, let’s set the stage with some further rationale for the process by highlighting the benefits end users gain from selecting an IP system.

From the beginning, IP video surveillance offered early adopters a way out of the limitations of analog, drawing them in with the promise of unmatched scalability and a more flexible network-centric installation. Instead of buying DVRs every time a camera needed to be added beyond the channel count and relying on coax cabling for connectivity, they were able to freely grow their system, and manage systems that could encompass many buildings and geographically dispersed sites. IP video surveillance also offered greater video quality, providing the possibility to support heightened resolutions and wider coverage that legacy analog video standards just could not match.

Today as the IP market has matured and Internet connectivity has become even faster and more affordable, more companies have jumped in and upgraded their analog security systems to IP. Almost every organization now has a network infrastructure in place for corporate IT applications. For the business as a whole, capitalizing on this investment for the benefits of IP security makes sense. And while having the network and servers is a consideration, video clarity is still one of the largest reasons why companies of all sizes make the switch.

The move to IP in search for enhanced video quality is facilitated by the influx of new IP devices that accommodate all types of applications and budgets. It is reinforced by the growing popularity of open architecture IP security systems, which provide the flexibility to mix affordable IP devices with higher-end megapixel camera models from various vendors.

Openness allows customers to select the most appropriate cameras for their environment and to build a system that fulfills their needs. This concept of building also becomes a key benefit; customers can encode analog devices to lower initial investment costs and swap them out with more modern technologies as more funds become available.

The decision to go IP also has a lot to do with the feature sets than come with video management platforms. This can include anything from support for camera analytics such as motion detection to map-based system management and failover recording. Also, whereas analog systems predominantly require a user to be in the physical location of the DVR to access recordings, IP systems provide easier access to video and data through secure mobile or remote connectivity. Users can be anywhere with an Internet connection to see what happened, what is going on, or even to conduct regular maintenance.

From these benefits alone and the many more that follow suit, the case of IP technology is evident to most. Yet, as market research shows, there are still customers buying analog security equipment.

LG Gram for Business 17 (2020): Big Reasons to Like It
END_OF_DOCUMENT_TOKEN_TO_BE_REPLACED